Never forget the words of the chairman of Black Lives Matter of Greater New York, Hawk Newsome, said “If this country doesn’t give us what we want, then we will burn down this system and replace it”; this is NOT justice, this is subversion and sedition.

News Flash: Derek Chauvin Is Not A Racist, And George Floyd’s Death Had Nothing To Do With Race. Let’s Think About That…. “The news media hid the fact to allow a false presumption of racism crush America’s throat.”

This racism train is rolling down the tracks and gaining heavy weighted momentum from virtue signaling people trying to keep the horde of violent stupid people at bay and the growing parade of interlinked train cars is all based on false assumptions, and what’s worse is the mentality from the protesters and rioters when actual facts are presented to them is something like “I will never not believe that white people are racists.” They’ve made up their mind that if you’re a white person then you’re a racist – well folks that kind of thinking is racist.

Martin Luther King Jr. is rolling over in his grave. 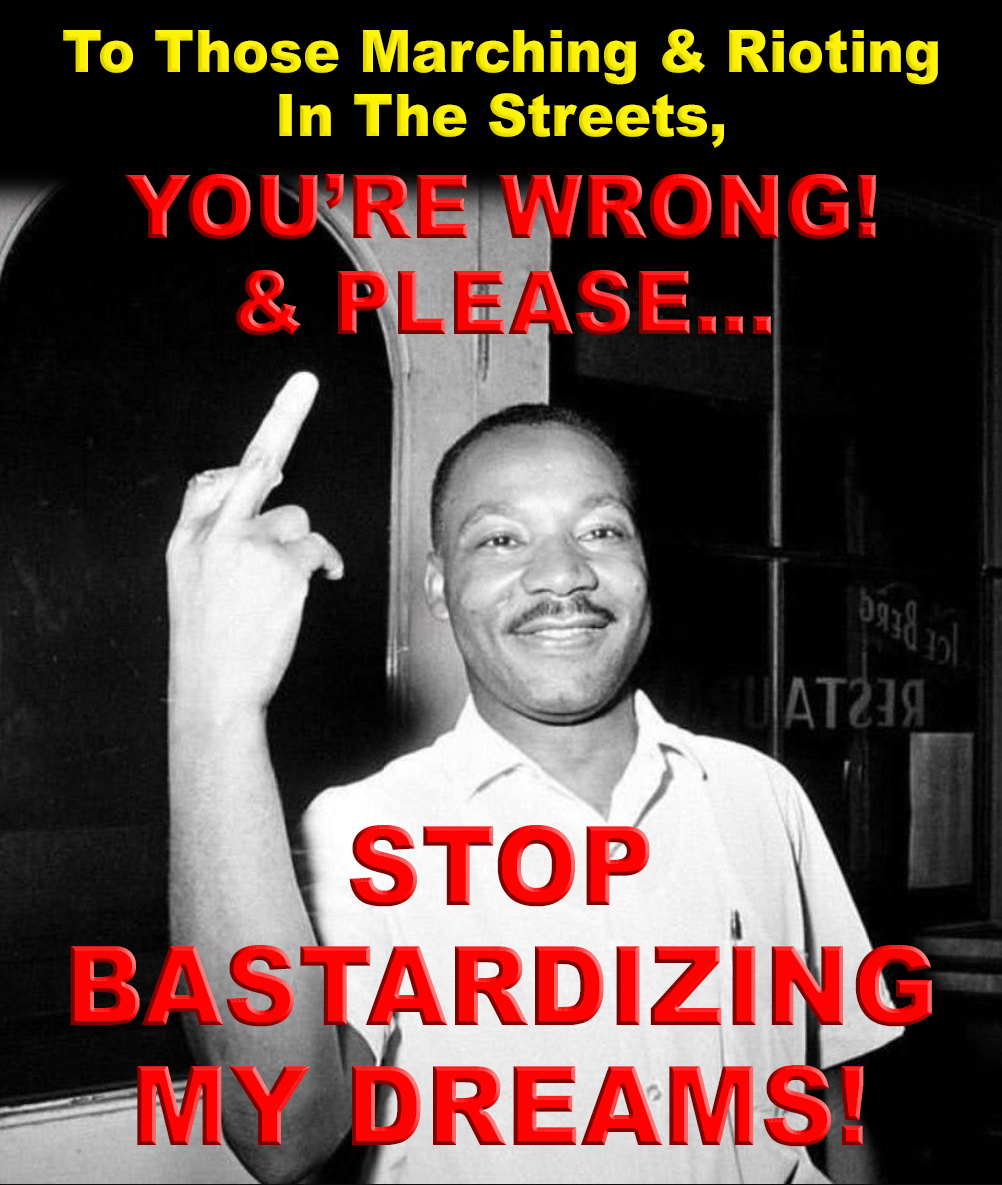 Protesters are engaging in blatantly illegal activities; actively trying to intimidate a District Attorney and an Attorney General (intimidating a participant in the legal process is a Class D felony) and now these damn fools blocked police station trying to prevent Police from that precinct from going out on 911 emergency calls! These protesters are idiots and some are criminal thugs.

Do you honestly think the behavior of the protesters and rioters is going to get any better if the behavior is actively being enabled?

I hate to endlessly repeat myself so just read these at your leisure.
The 21st Century’s Bastardization of “I Have A Dream”

Gangstalking: The Undercurrents Of A Society In Distress

If you don’t want to live under rules created by these stupid people that are trying to intimidate and riot their way into power then you need to set aside your apathy for society and politics, stand up for intelligent truths and do something about what’s happening!

Are my words having any impact or am I pissing in the wind?

I'm just another person that's been around the block a few times offering their opinion about the observed world around us. I don't write every day so don't expect daily instant gratification, I write when I see or hear about something that is morphing society and the urge strikes me. If you find any links that don't work, typos, or serious grammar problems anywhere on my blog, send me a message using the contact form and I'll look into fixing the error. View all posts by Steve Witherspoon

This site uses Akismet to reduce spam. Learn how your comment data is processed.

Character is not developed and/or projected to others by the challenges we face in life but by how we choose to react those challenges.

An ethics commentary blog on current events and issues